What were you doing when you were 17 years old? A rebel at heart, Mundi, the Icelandic wonderboy, was at the beginning of his extraordinary career without even knowing it. 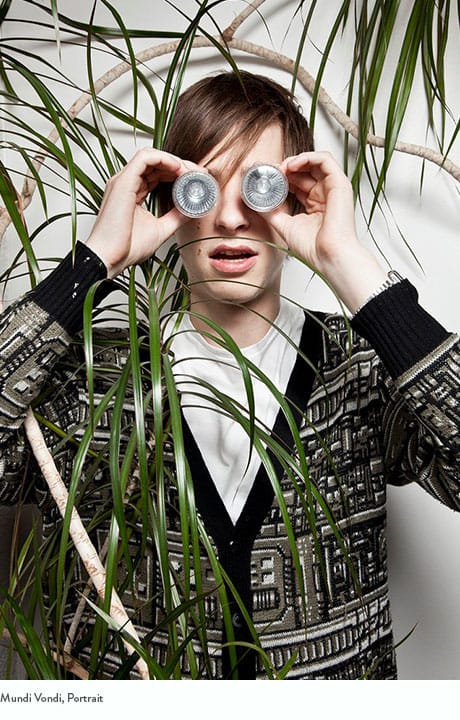 After having studied ceramics at the Reykjavik Technical College, he was then accepted, underage and without the qualifications normally required, to the Icelandic Academy of the Arts. Why? Because even at 17 this kid's art work came with a daring wit – Mundi was already thinking outside of the box, living for the moment and questioning the world around him, which quite rightly didn’t go unnoticed.

His first claim to fame came via his space-man style sweaters. Buyers in Reykjavik and abroad saw something in this refreshing, energetic and blatantly talented teenager and soon his first collection was sold out. All this before he hit his 20s? Sounds exhausting, but Mundi’s fresh Icelandic flair was just beginning to start bubbling up in full force at this point. 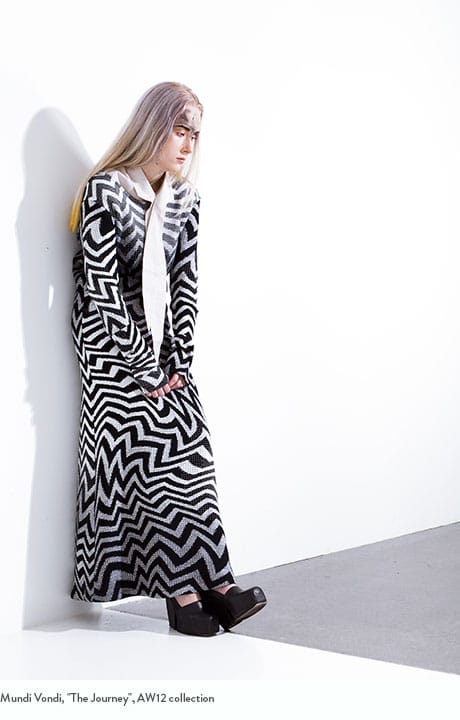 So far so good, but rest assured: there is more to Mundi than just quirky knitwear. What he does best is explore the worlds of graphic design, fashion, art, music and film. Go ahead and take a look at one of his eccentric fashion videos and you will not be disappointed. The Journey, filmed in 2012, when at this time Mundi had already 12 collections to his name, incorporates all of his skills in just five sweet minutes. A mythical fashion fable, the short film is set against the chilling, natural backdrop of the Icelandic highlands. 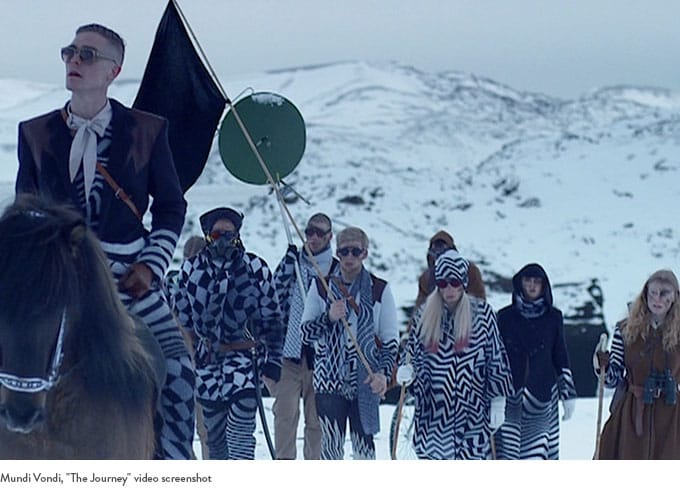 The scenery alone is a work of art: infinite skylines, snowy landscapes, astounding horses and of course stunning nomadic models who will trigger emotions you never knew you had. So much more than your average glossy fashion commercial, Mundi’s fashionable portrayal of Iceland is fresh, authentic and stupefying – and will quench your thirst for provocative and fun-filled art.

Oh, and did we mention that he shoots these videos himself – low budget and usually in just one day? Is there anything he can’t do? It appears not, as he isn’t just a lone ranger when it comes to work, Mundi also forms part of the stylish eccentric Icelandic art collective MoM’s – a creative trio that impresses with large scale paintings and intriguing performances.

Unafraid of the unknown and pioneer of the extraordinaire defines Mundi’s short but sparkling career so far. At just 28 his business card must be quite a mouthful. Designer, director, film producer, photographer, art director, artist and performer…we cannot wait to see what he does next. @mundivondi