Boy George stomping around Studio 54 with a face full of statement make-up, Leigh Bowery devising the trippiest costumes you can envision, or even Paris Hilton, pretty in pink, hitting every club across L.A, and the world TBH, which smashing out an auto-tuned mime of Stars Are Blind. Club kids are a un-dying breed, and the evolution of social media (“What’s ya Insta, babes?”) has meant that the nightcrawlers are stronger than ever in their pursuit for the ultimate after-dark experience. But what is this experience? Hop on our culture craft as we jet around the world to meet some of the most outrageous club kids hitting the dance floor. That’s hot!

At face value, the term club kid sounds pretty ideal to be honest. But what does it take to be a club kid? What does it even mean to be a club kid these days? Confidence, creativity and a liver of steel, surely? As part of an extensive series, Perrier goes global to explore the night-crawlers in a multitude of major cities; New York, Paris and Brazil, to name a few.

The first stop on our club kid infused worldwide tour are the sweaty clubs of London. If you know anything about the London nightlife, you’ll know by that now that long gone are the days when the likes of art icons Boy George and Leigh Bowery who ruled the capital’s nightlife. In the millennial era, there’s a new breed of club kid on the London scene, and they’re brighter, poppier and more Insta-worthy than ever before.

When we met self-proclaimed “London Bubblegum Club Kid” Santi Storm, he rolls onto set straight from a night out (except without a maccies and a face full of sick like most millennials!), which started at 5pm the day prior, when he began his endearing and extraordinaire preparation process, which involves applying glam gems to his eyebrows, curating his outfits and carefully selecting his candy-infused accessories from his sweet shop jewellery box. 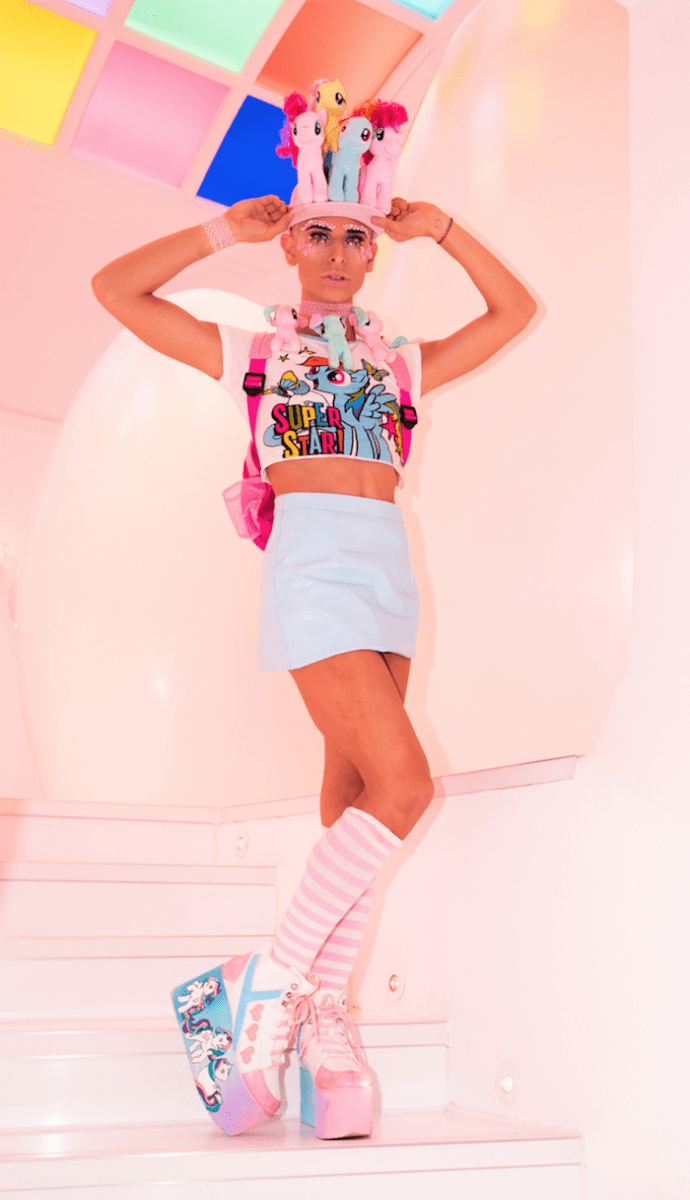 Channelling Paris Hilton and championing all things pink, Santi is part of a new wave of club kids on the London circuit. He’s bold, bright and a world away from his 80s counterparts, breaking the boundaries of the club kid community and rewriting what it means to be a fully-fledged party goer. To find out more about living life on the edge of London’s roaring club haunts and what it means to be a figurehead for the new age of club kid-ism, we ventured to pink paradise Sketch to catch up with Santi about life as one of London’s rising club kid stars.