If you have any questions just drop us a line.

We'd love to hear from you!

ask us
call us
email us
BACK TO since 1863
So Sexy. So PERRIER
perrier territories
READ THE ARTICLE

Flawless and multi-faceted, PERRIER’s loupe was focused on a 1930s and 40s modern muse as the former princess of table waters started to shed its princess image. Pioneering women who mixed up traditional refinement and feminine elegance with gender-bending trends such as wearing pants and sports gear were gracing PERRIER’s advertisements. For PERRIER, these were independent women – total bombshells for postwar standards in feminine beauty. This strong French beauty continued in 1954 when French model Denise PERRIER won Miss World. Her last name gave rise to the Source PERRIER being declared as her sister. This twining with Miss World strengthened the carbonated mineral water’s refined female persona – who’s that girl, you ask? She’s a PERRIER® girl. 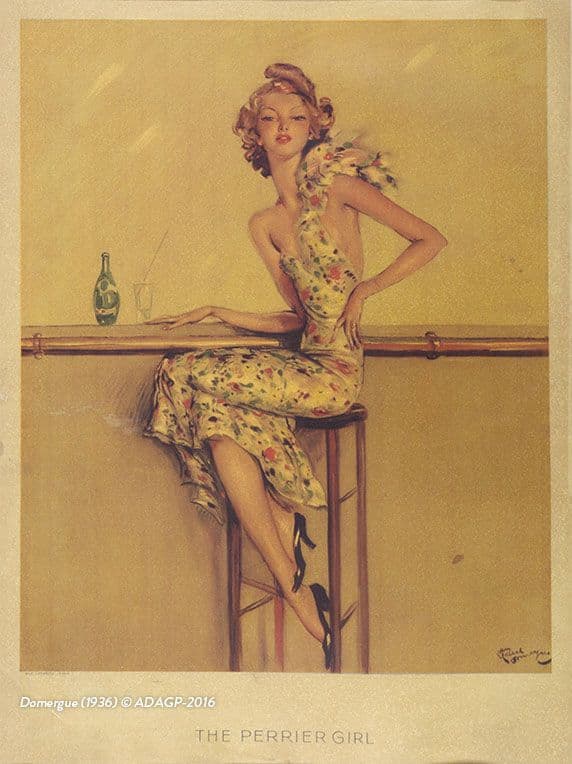 Domergue
Inventor of the 30s French pin-up, illustrated the PERRIER® girl in all her modern and athletic glory – a complementary depiction of the chic sophisticate. 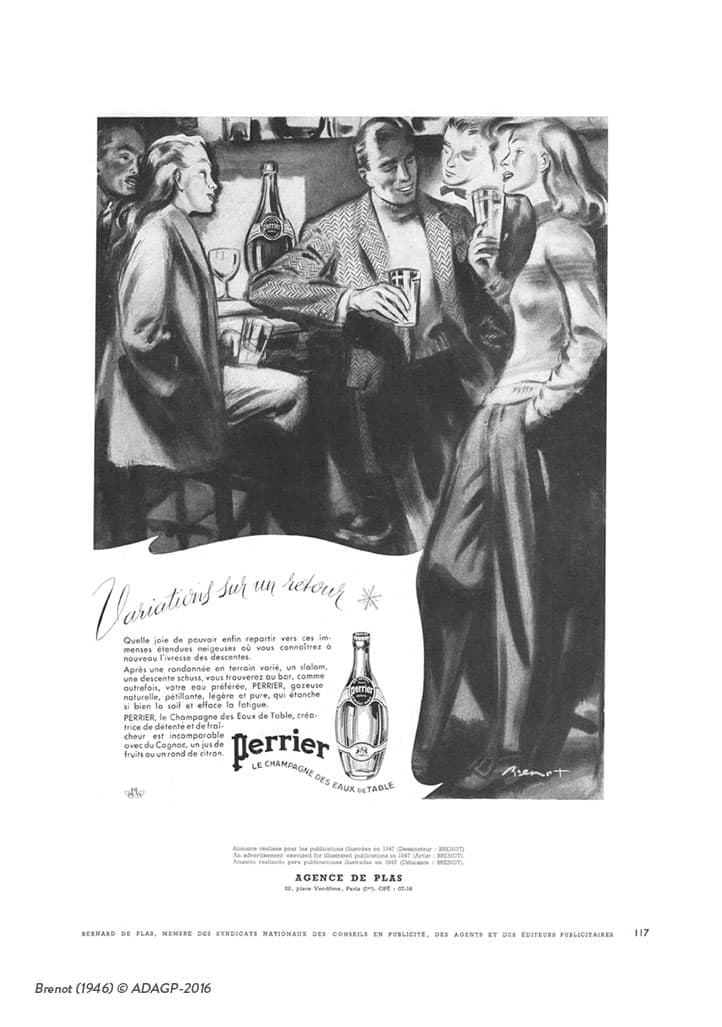 PERRIER® had a wild trip with its Crazy Bubbles campaign in the 60s. The brand collaborated with the famous French Sci-fi comic book artist Jean-Claude Forest – totally far-out, right? Forest’s iconic style brought a new level of sexiness to the brand with his groovy leopard skin-clad cavewoman and foxy mermaids – crazy, sexy, cool. 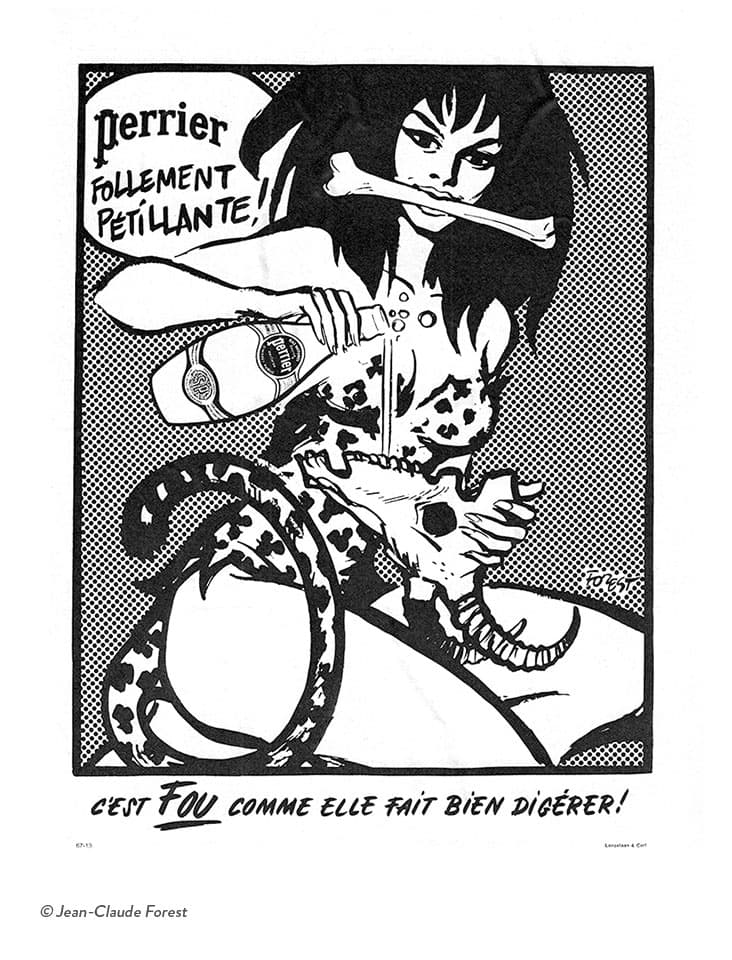 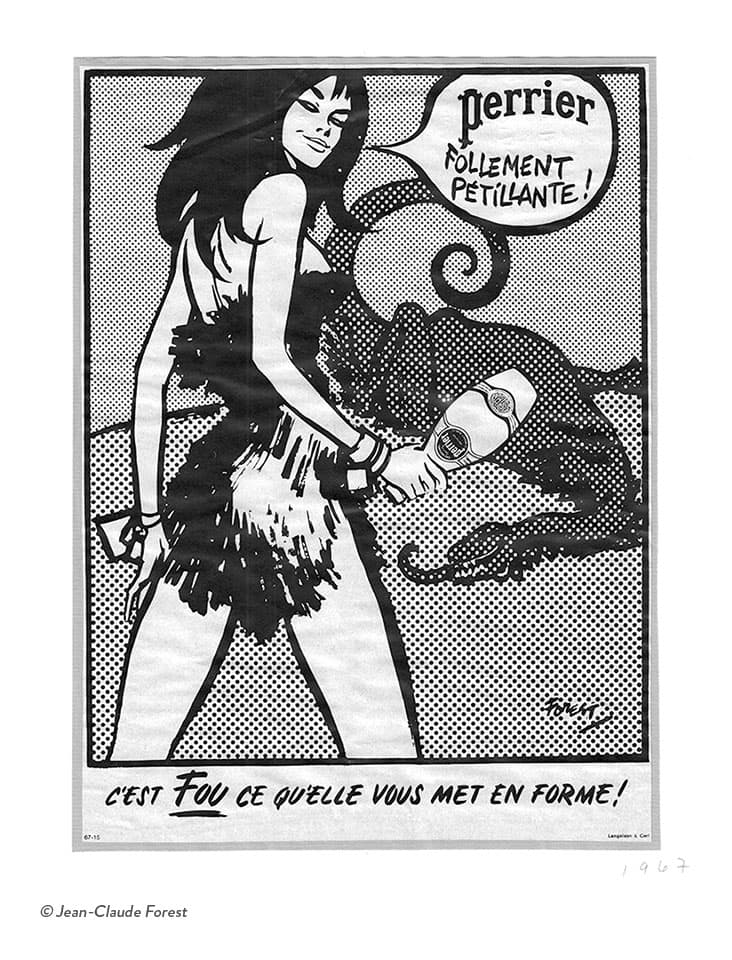 Jean-Claude Forest
Parisian illustrator famed for the creation of the character Barbarella.

Ahh… sunshine, sandy beaches, and – pschitt… PERRIER®. From California to Paris young people were dreaming of a new, free, and natural world. After the sci-fi twist of Crazy Bubbles, Perrier took further cues from pop culture and got even groovier with photography in 1968. Une fraîcheur de rêve (a miracle of freshness) showed young couples chilling out in sizzling situations. This same sexy freshness was revisited in the early 90s with Hep, Garçon ! a provocative ad that continued the summery no-strings-attached theme. 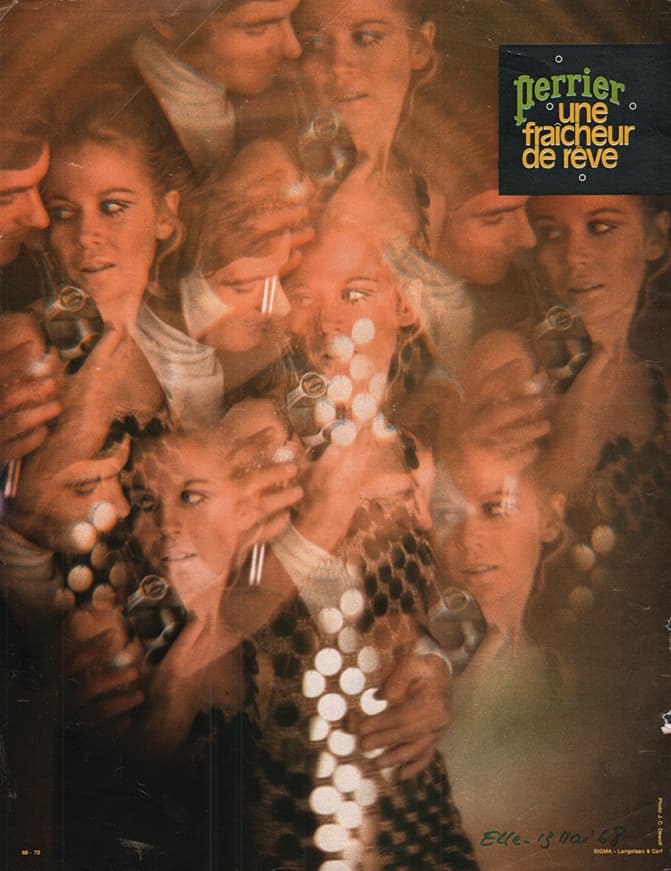 Jean Claude Dewolf
Renowned French photographer responsible for the ambience of sea, sex, and sun for PERRIER® throughout the late 60s and early 70s. 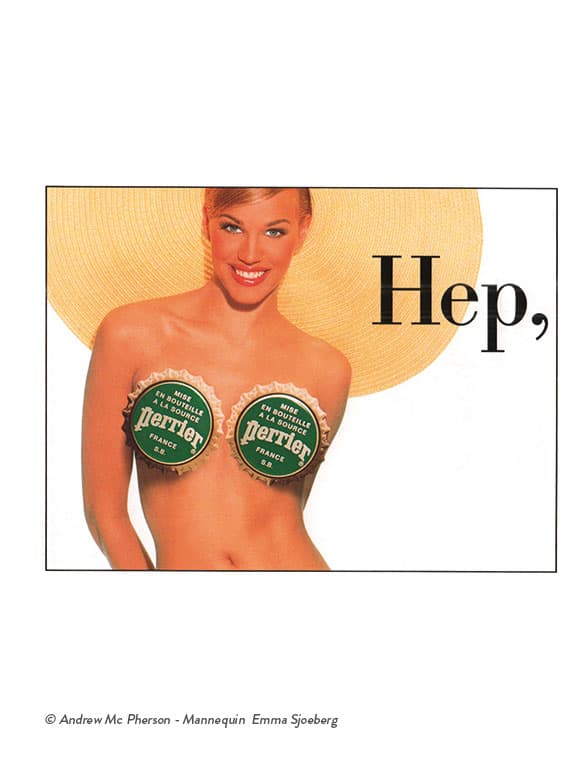 Hep, Garçon
The provocative 1992 Ogilvy ad Hep, Garçon mirrored the fun and carefree liberation of the sea, sex, and sun of the 1960s. 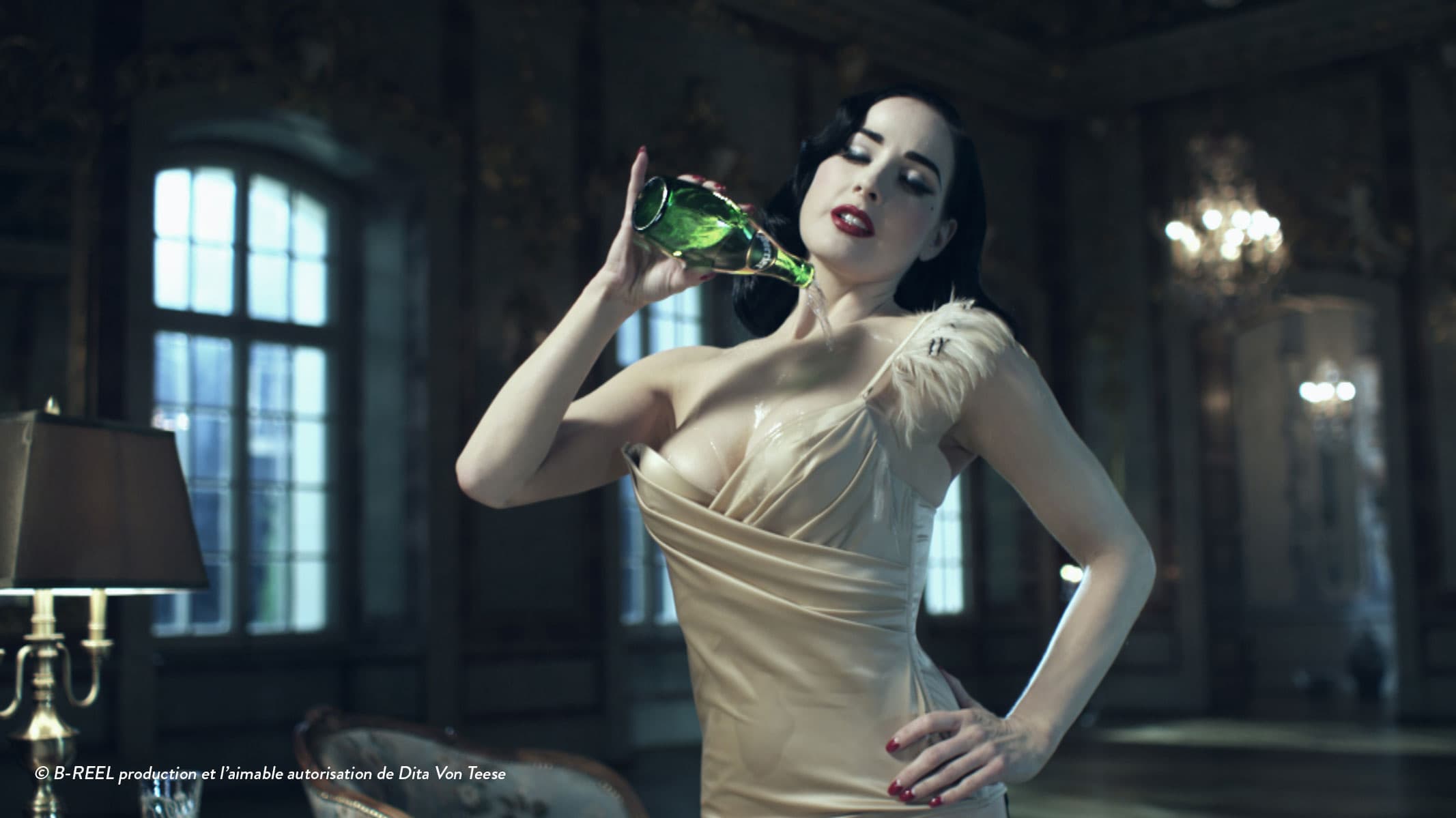 Dita Von Teese
The famous burlesque star giving viewers a preview of what to expect in PERRIER® Maison.