You’ve probably lived with someone else before. Whether it’s a lover, friends, a stranger you foolishly shacked up with five minutes after meeting via Craigslist (just me?)…sharing space is tough.

Maybe you’re yet to do anything with these experiences beyond ranting to your mum about it, but actors and theatre makers Lucy Bairstow and Jess Murrain have been transmuting their renting blues into theatre with their latest play, Digs.

The London and Yorkshire-based pair met a few years ago at London’s Central School of Speech and Drama. Nowadays, they make art out of overdrafts and music out of the madness that ensues when otherwise rational people share a bathroom.

Fully paid up members of the UK’s Generation Rent – these two have lived as broke students, broke professionals and even broker artists – they’re here to report from the cohabitation front line. 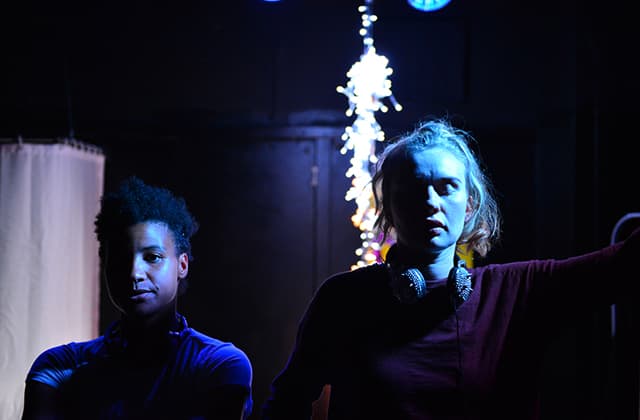 “We’re obsessed by the territorial nature of shared living, and we started to ask questions about how young people are living with love and loss,” Jess says of their beginnings. Their company Theatre with Legs taps into the panic bubbling just under the shiny surface of millennial life [earlier plays came with titles such as Maybe I Should Freeze My Eggs] and why “it often feels so hard to communicate in shared space,” Lucy adds.

If this all sounds a bit dark – and the pair fully admit to being suckers for “grief, anxiety, love and loneliness” – they’re also natural comedians with an off-the-wall flavour. Come round to their Digs and you’ll be greeted with glitter, seventies pop and naked dancing. Jess and Lucy play a kaleidoscope of characters, from older landladies to twentysomethings in a flatshare – all trying to navigate their way through the challenges of pre-payday weeks and drying your laundry without enraging your housemates.

Digs quickly caught the eyes of the UK theatre world, and after multiple runs in London theatres the girls have returned from performing a month-long stint of the play at this year’s Edinburgh Fringe Festival.

Inspirations? “I think both of us feel inspired by family and their stories. And our friends are our bedrock,” Jess says. She also reels off a list of other creative female powerhouses: “Kate Bush, French and Saunders, Bobby Baker, Victoria Wood, Grace Jones, Chimamanda Ngozi Adichie, Marina Abramovich and Erykah Badu…”

Keep an eye on these two, because in between booking other jobs (Jess has been juggling Digs with roles at Bristol Old Vic and West Yorkshire Playhouse) they’re working hard on bringing you some fresh millennial angst soon. “We want to create a new piece in a completely new and surprising form,” Lucy says. Jess hints at “something that works closely with music and the world of sound.” Whatever their next weird and wonderful piece of comedy-drama turns out to be, we reckon you’ll recognise a little bit of yourself in it. 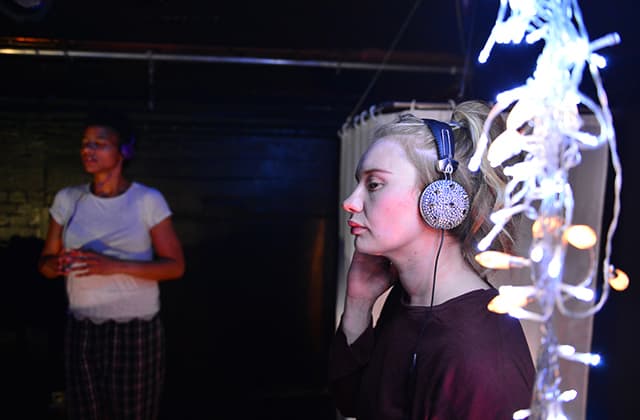