Fancy a fashion sense that has the likes of Drake (and that random hot pool guy) falling at your feet? Desperate to snatch the style of Solange (obvs, avoid confronting her about it in an elevator tho) Well, having put gorge garms on the back of both RiRi and Yonce’s younger sis, up and coming costume designer Mindy Le Brock is your go-to-gal.

Helming from Australia’s dreamy Blue Mountains, Le Brock has grown to be a rising star of the styling world, regularly the fashion force behind all your fave hairbrush mic-in-the-mirror music vids and performances, she’s also offered up fashion for banger makers such as A$AP Rocky, Charli XCX and Snoop Dogg.

We managed to steal a moment away with Le Brock and got her to sit down and fill in our survey. Would you believe it? Someone said yes to filling in a survey! 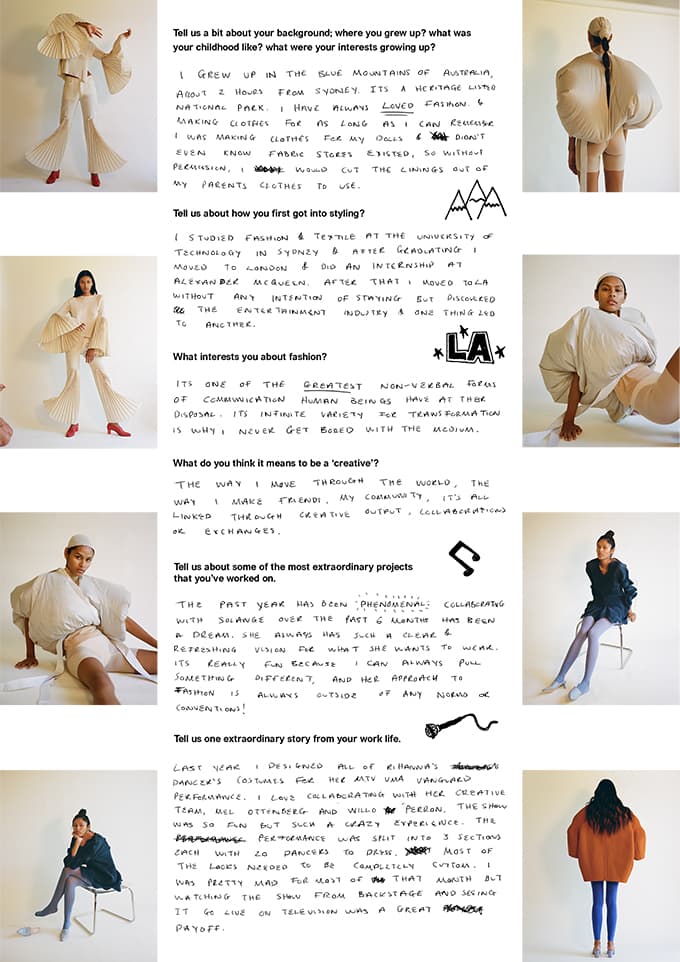