No Mocking These Wild Mocktails

Bamboo Leaf...aaahhh, sounds like the name of an out of production CD compiled of flutey 90s spa music.... Not to mock this mocktail, but the name seems like it could be a legit piece of 90s memorabilia. However, *bamboo flute record scratch* don't be fooled...this drink will for sure knockout any kind of zen moments that cross your mind, because leaf it to Perrier's wild Chinese mixologist Eddy Yang's layering of Far East spices and sauces from the far east to bring some serious flavors to your palate! 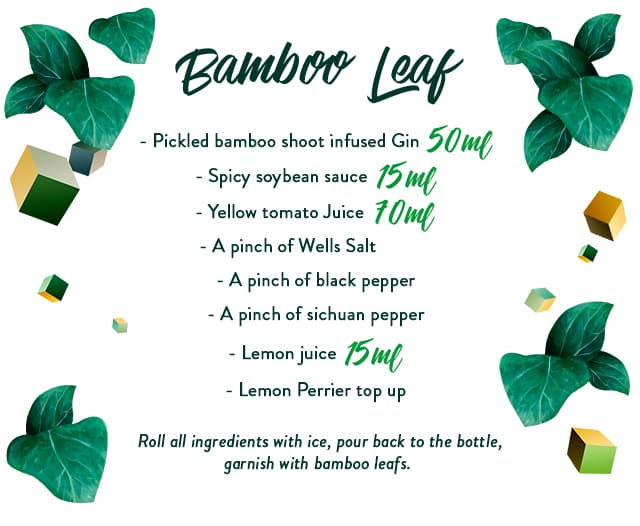 See? It's for sure less of a "tranquil snoozy panda munching its day away" recipe and much more of a "Kung-fu Panda ready to give you a serious kick in the mouth"  kind of recipe.

Now, ready to Take a Walk on the Wild Side? After Yang's concoction we're not cooling down any, cuz Belgium's Matthieu Chaumont has a recipe that's just as exotic. Yeah, we just said Belgium and exotic in the same sentence...if you didn't already know there's a lot of wild, crazy and cool things going on in this country rn, so we're sold on what Belgium has to offer for its interpretation of a wild mocktail. Plus, how could we read a Lou Reed reference? 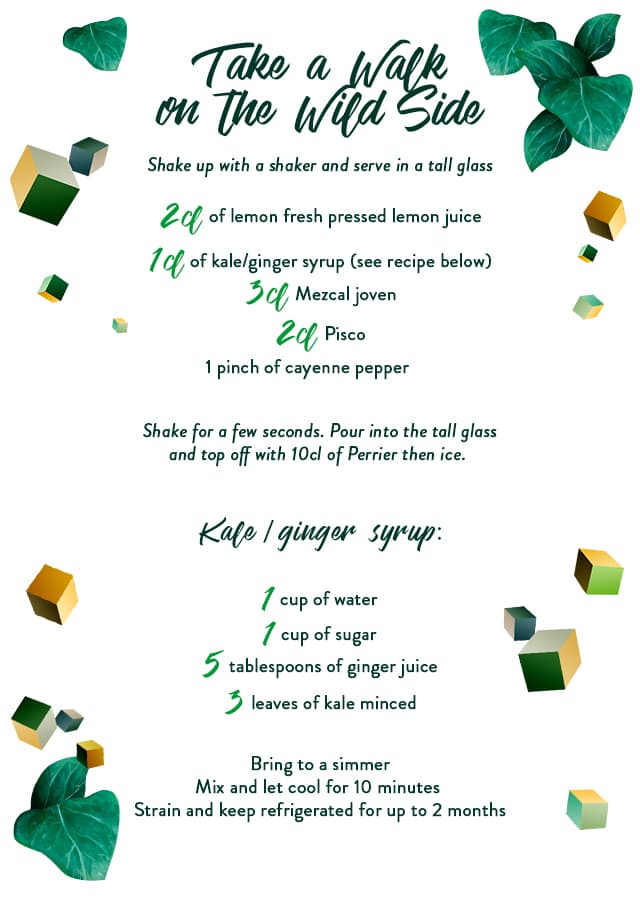 So, come on, baby take a sip on the wild side!

Unleash your mind at Barbie Deinhoff’s

How To Become A First Class Mixologist