Under pressure? Perrier's source in Vergèze, France is, but don't worry – it's a good thing. Deep underground the bubbly natural mineral water eagerly fizzes its way to the top where it is then fashioned into its iconic green bottles and cans. This connection between water and earth is at the heart of PERRIER®, which is communicated through extravagant wild to mild advertisements that will rock you.

Lions and waterfalls and planets? Oh my. Nature sauvage, in all its unpredictable and shocking glory, represents the raw forces at work in the craziest of all sources. With colorful cotton mouthed dinosaurs to funky outer space voyages, PERRIER® encompasses all things wild – purely untamed and extraordinaire. One of the most iconic wild PERRIER® commercials was The Lion. Directed by Jean-Paul Goude, it roared onto the scene in 1990 featuring a parched young woman battling over a bottle of PERRIER® with an equally thirsty lion. The Lion was a major hit for PERRIER® and is a continued French pop culture favorite ­– a real king of the advertising jungle you might say. 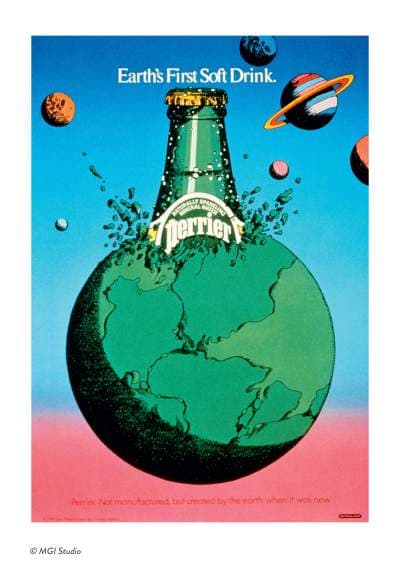 Earth's First Soft Drink
A colorful explosion as Perrier jets from the Earth and mingles with surrounding planets. Illustrated by the famous Milton Glaser known for creating the I love New York with a heart replacing the verb. 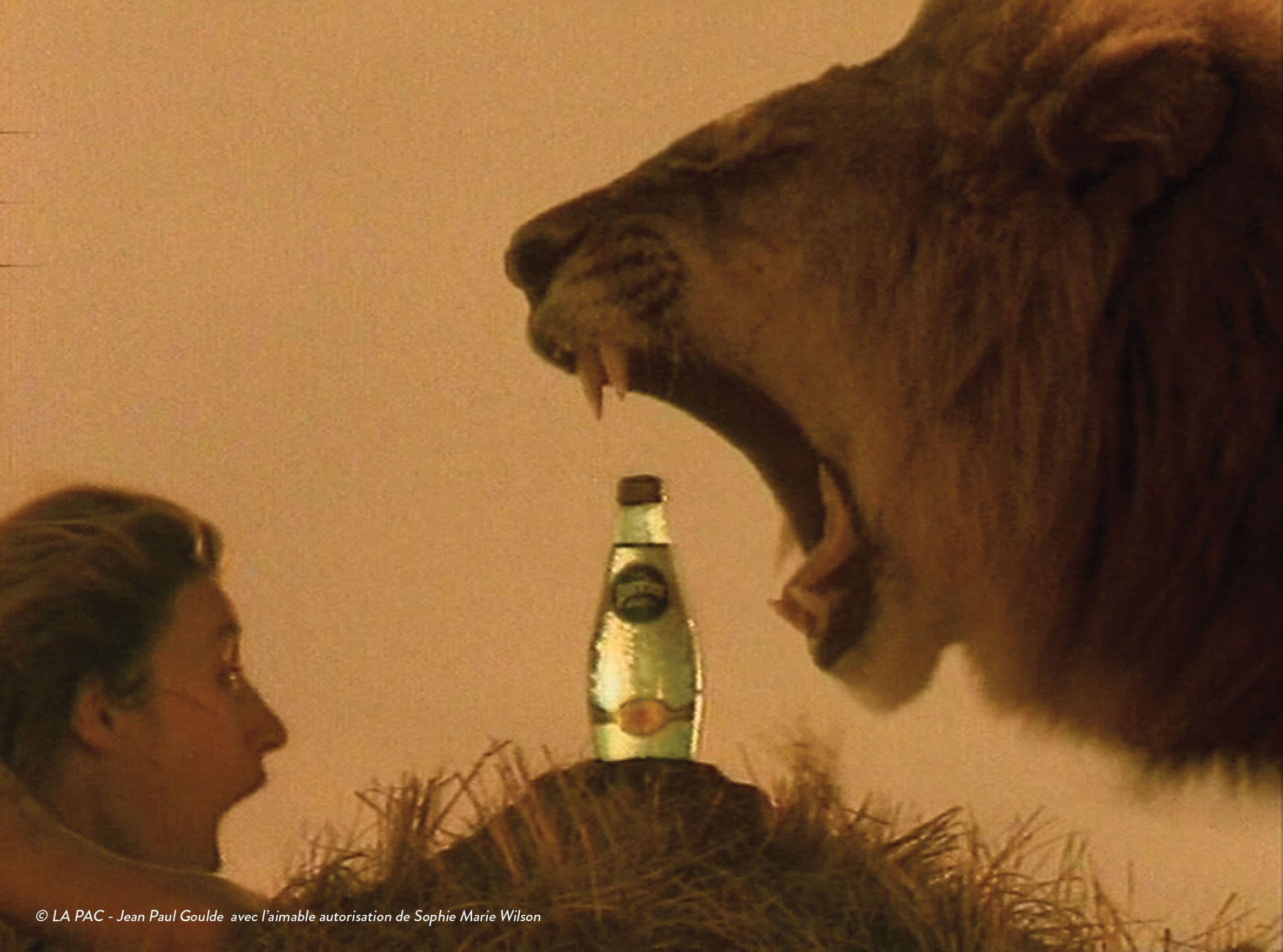 The lion
The main attraction for Perrier’s connection to the wild having won the Grand Prix at the Cannes International Advertising Festival in 1990. 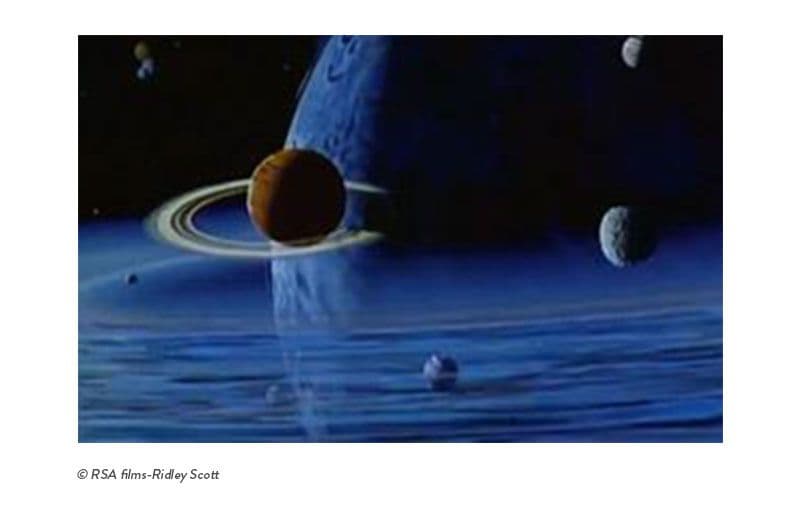 Planets
This funky commercial for PERRIER® was directed by Ridley Scott. The Alien director featured planets jamming out to the James Brown hit Sex Machine. 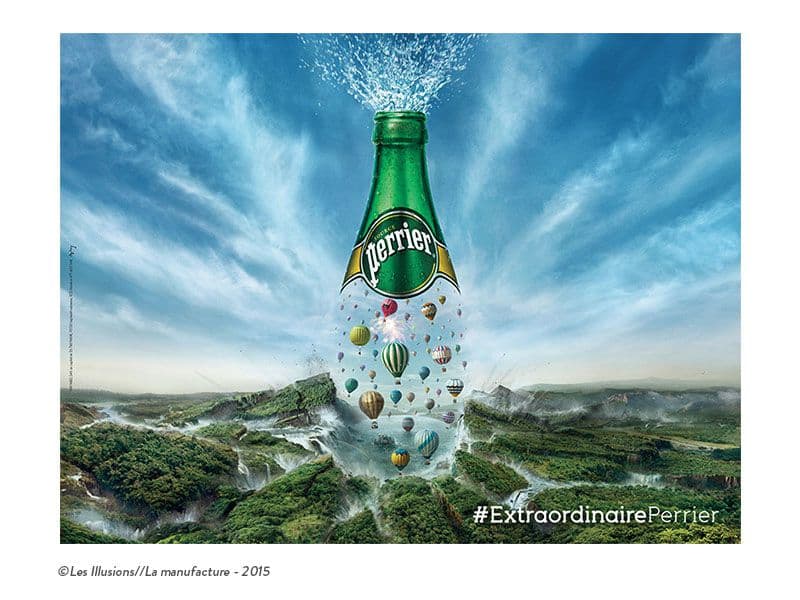 CHAPTER 3
It’s in our DNA

No need to extract a mosquito from a block of amber – Perrier's DNA is natural. From the beginning of the spring's use for its refreshing and healthy properties, naturalité has been an important part of Perrier's heritage. Sorry liger fans, tampering with nature is not allowed, which became evident when Perrier reinforced its au naturel image by stopping the sub-brand Perrier Fluo (neon) drinks in the 90s. 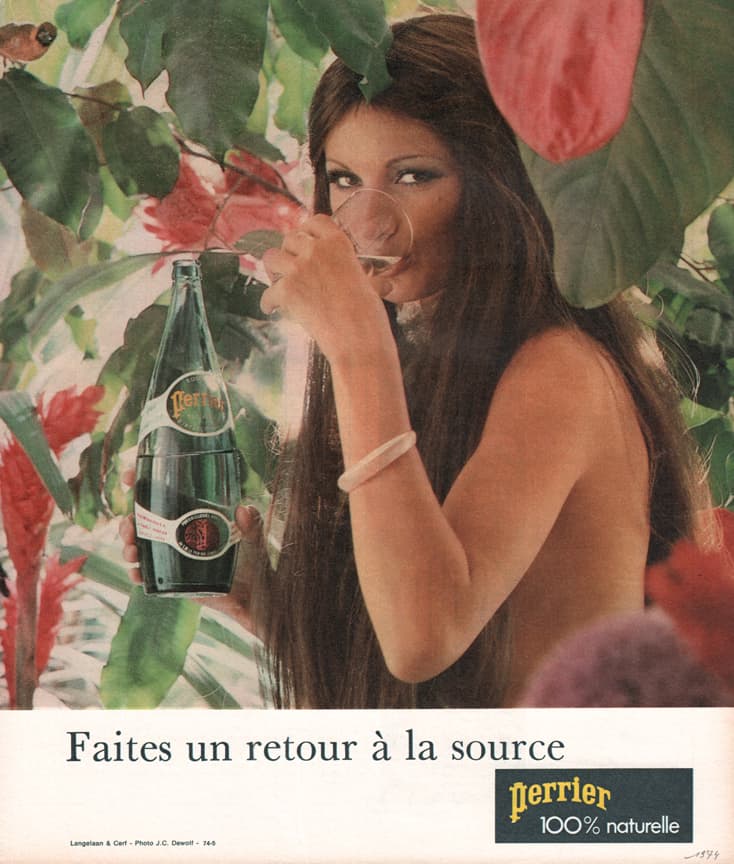 100% Naturelle
Natural, yet still not shy to be totally far out.