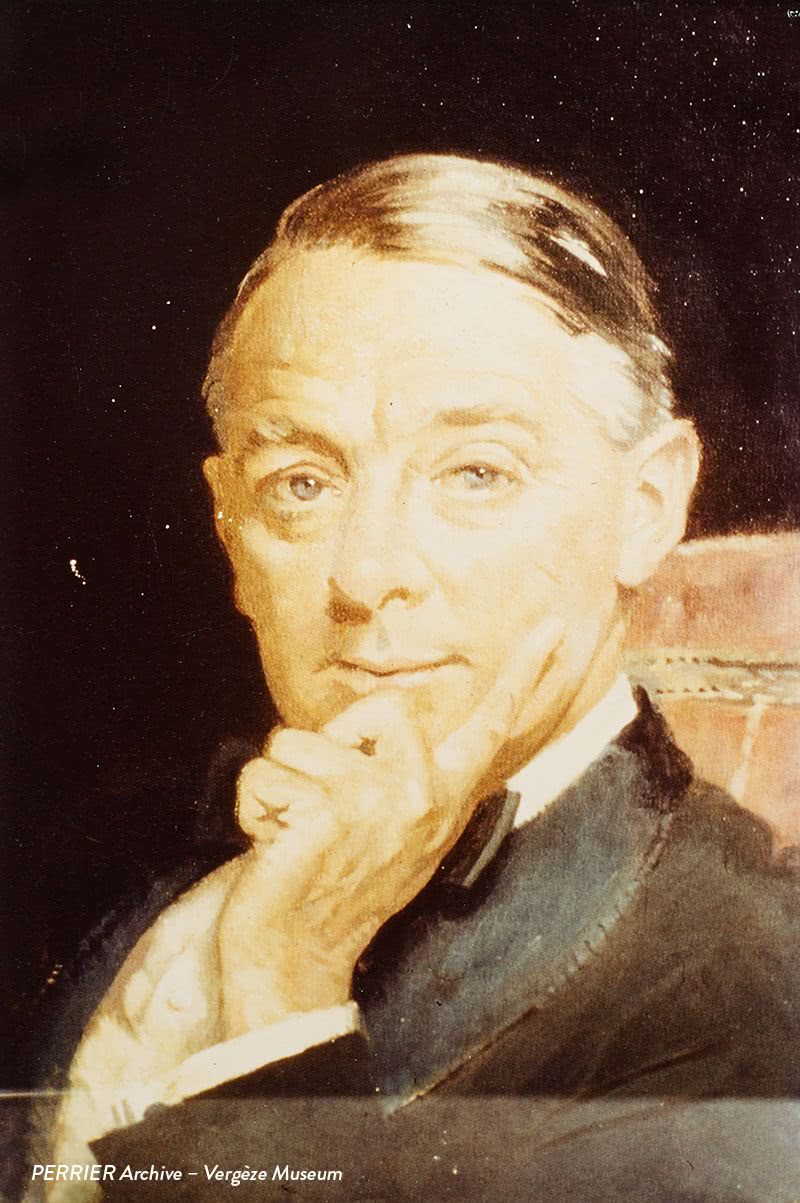 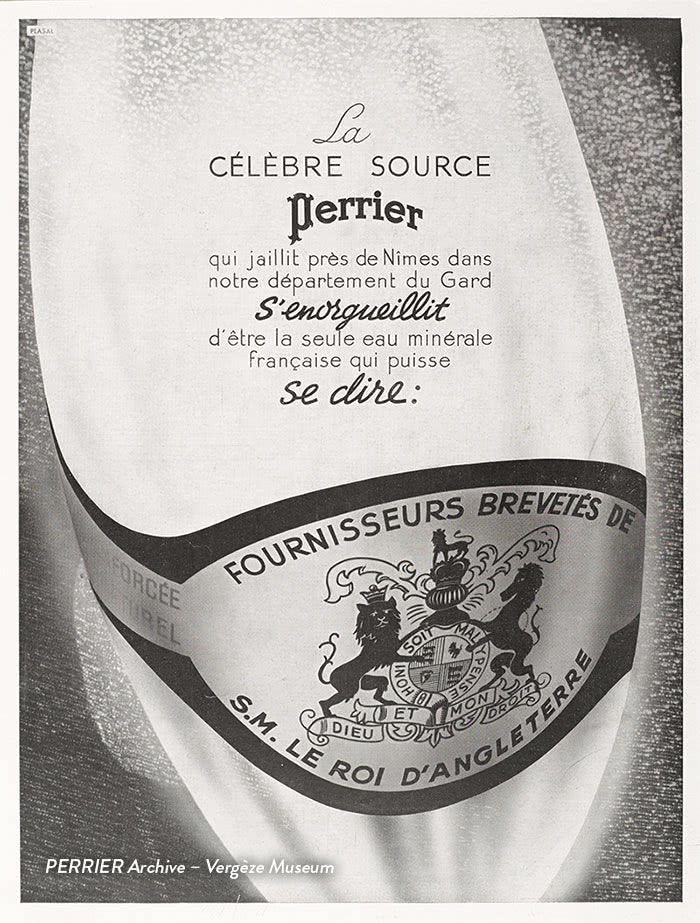 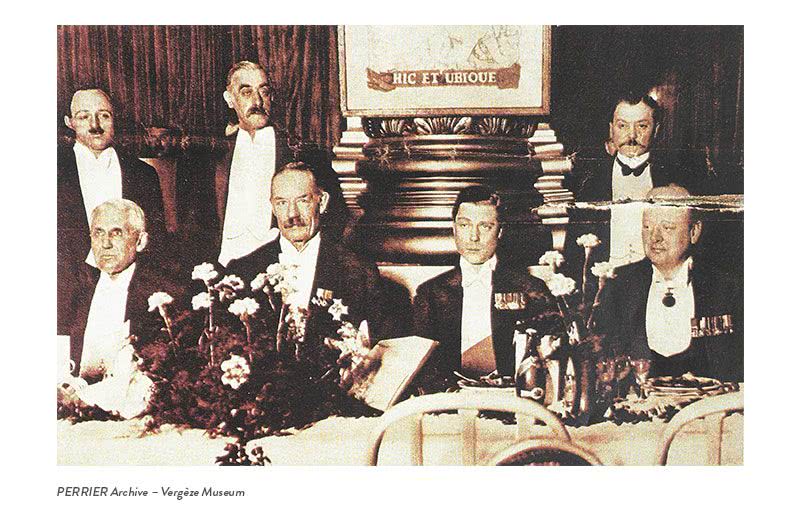 Royal court
Here we see the Prince of Wales, Edward VII, and Sir Winston Churchill enjoying a bottle of Perrier.

CHAPTER 3
The Water of the Elite

The competitors just didn’t have the sparkle they were looking for ­– but PERRIER® did. In 1908 at the Franco-British Exhibition, PERRIER® lived up to its elite image by winning the Grand Prix des Eaux Minérales Vente de l'Année, after selling 5 million bottles in England and its colonies. 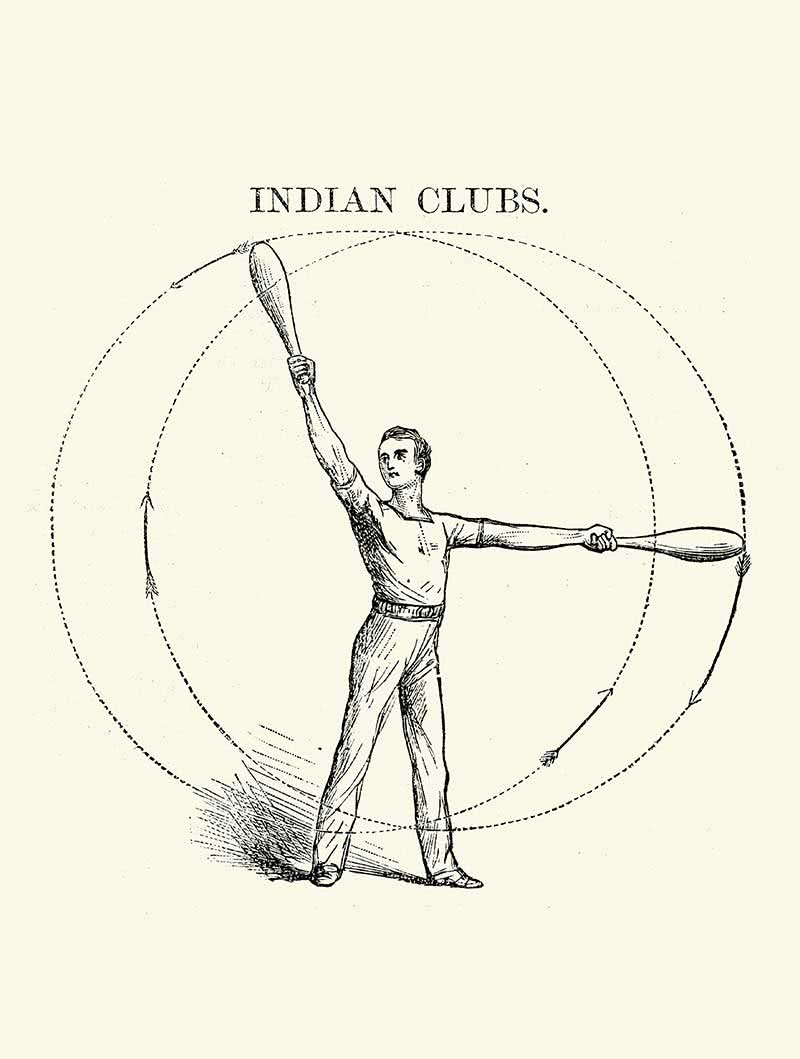 It was time to break the French market like a tasty baguette ­– full force, but with a sophisticated touch. To do so, the Vergèze bottling plant went all out by reorganizing itself and doubling in size, all while promoting Perrier’s classy image as the champagne of table waters. The water soon became synonymous with elegance, joy, and celebration in France. All these characteristics were one of a kind for spring water, and ultimately what led the little green bottle to break through its homeland’s tough crust. 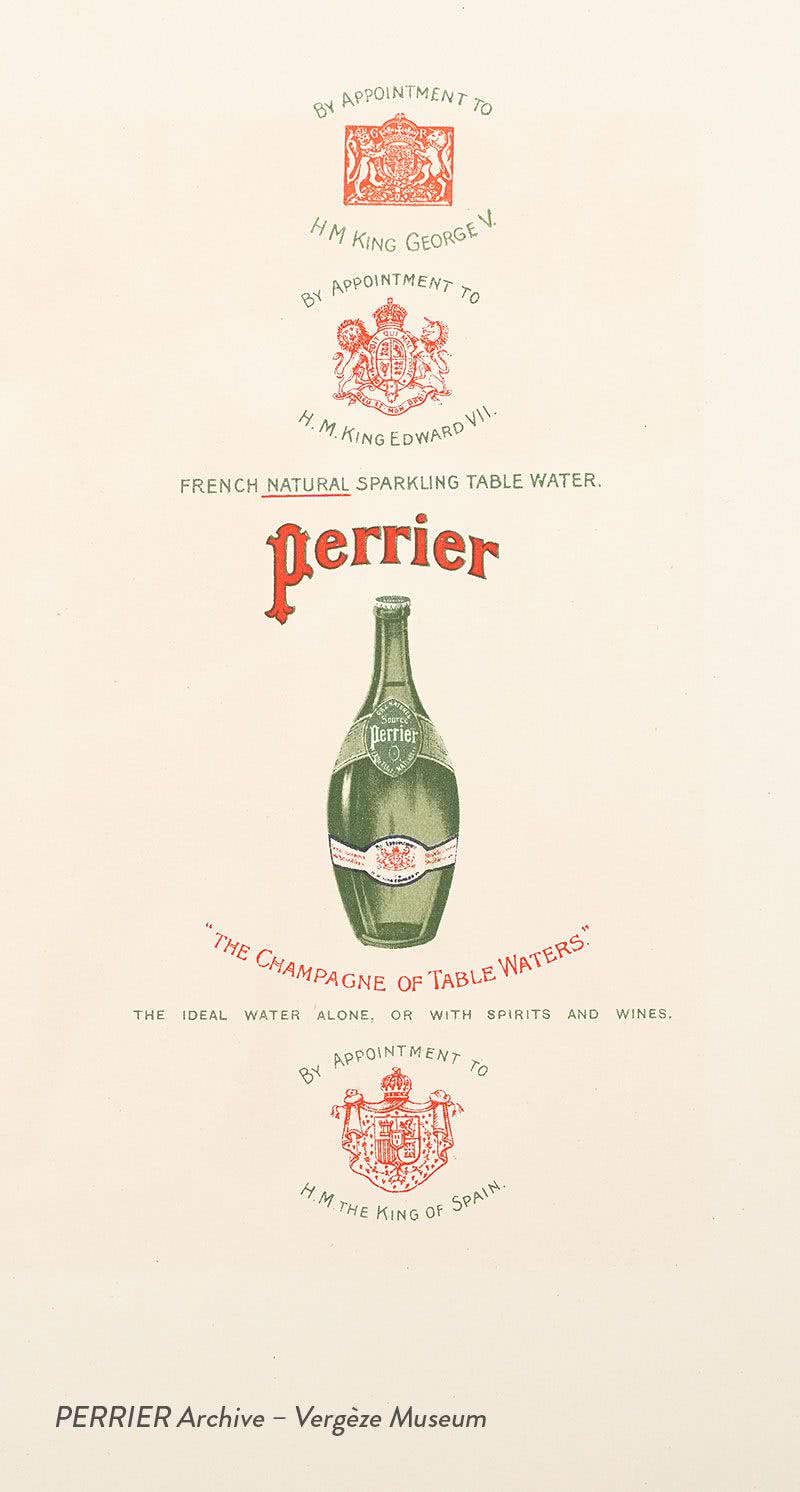