See How A Village Was Transformed Into A Street Art Museum

Street art is just an ephemeral art form, you think? One man – the Paris-based contemporary art expert Mehdi Ben Cheikh – has thought bigger, bolder and even more inventive and decided to make street art last on walls forever and ever.

To Mehdi Ben Cheikh, a world without street art is like a world without bubbly water – flat, lifeless and unimaginable. So to make sure that we always get our daily dose of graffiti and mural paintings, Ben Ckeikh has transformed the quaint little Tunisian town of Erriadh, Djerba, into Djerbahood, the world's first open-air museum. 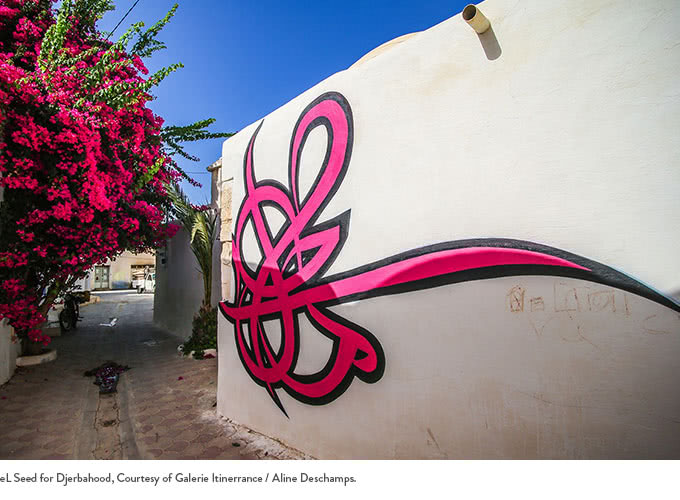 What exactly makes this project so extraordinaire? Best known for La Ghriba, North Africa’s oldest synagogue, Erriadh is now perhaps even better known for contributing to the evolution of street art as it has provided 150 artists from 30 different countries an unexpected canvas to express their own creative dreams.

“The village is beautiful and I think this project will encourage people to come and explore it,” explains eL Seed, a Tunisian artist who has also painted the walls of Djerbahood. “Foreigners will learn about Tunisian culture and for locals who have never left the island, it’s an opening onto the world.”

Unbelievable, but true: the local community agreed that street artists could color on their homes with their paint boxes and spray cans however they pleased, making Erriadh one of the most popular tourist destinations in Tunisia for its newfound scenery bursting with zesty colors.

Want to live your life inside a street art masterpiece? Medhi Ben Cheikh has got you covered. In fact, Djerbahood's founder and curator has been a long-term devoted promoter of street artists' work across the world. Why? “Street art is the biggest and most unique art movement in history because of its global impact and its lack of dependence on conventional institutions,” Cheikh tells the International New York Times. “My role is to help develop and reach across borders,” he adds.

Ever the rule breaker, Mehdi Ben Cheikh will take you on an extraordinaire adventure that is thinking far outside of the artistic box – so hop on the next plane to Djerbahood and discover everything this exceptional place has to offer! @djerbahood